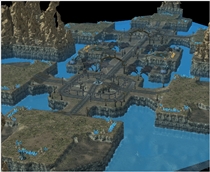 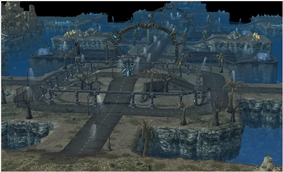 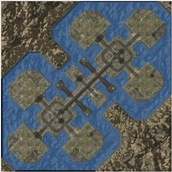 Based off the Bay of Pigs map for Red Alert 2.

Each base starts with one standard mineral/gas line, and two natural expansions with 60% as many resources each. Two additional high-yield zones found in the middle of the map are far from home and vulnerable.

Xel'Naga towers provide a large tactical advantage which will create a highly contested battlefield as players strive for map control.

Tall mountainous areas prevent units from flying far from land. Towers near the center of the map will be able to detect an air force before it's too late.