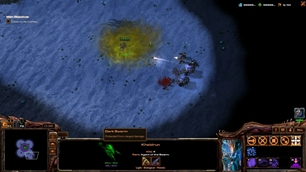 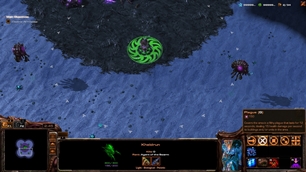 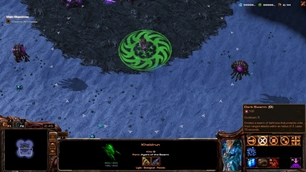 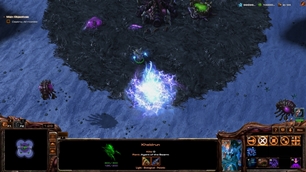 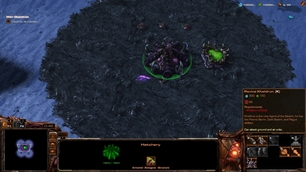 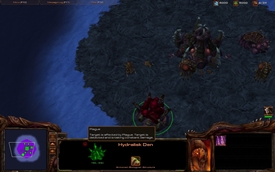 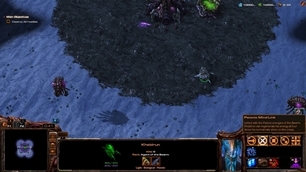 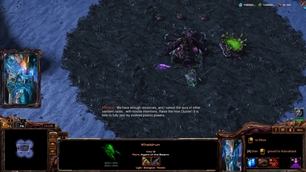 This is a map I'm making to test out Kheldrun, my Psionic Hydralisk (whom you can read about in my SC1 Campaign), the New Agent of the Swarm, birthed by the Overmind one day before Tassadar destroyed the Overmind.

Anyway, let's get to Kheldrun, shall we?

SC1 did not allow me to give Kheldrun Psionic powers, so he was just a modified Hunter Killer with 300 HP, 40 (+2) damage, 2 (+1) armor, and all the upgrades of the Hydralisk already researched.

SC2 changes this, especially with the Galaxy Editor. The creation of Kheldrun was daunting to say the least, and there's more to make for him. Right now, he's a 'classic' Hero, one that doesn't use levels. I do this because I do not know if the campaign of Wings of Liberty will have Raynor and Zeratul leveling up. So, I'm sticking with classic: Lots of HP, strong armor, Strong attack.

Aspects of Kheldrun to be Finished:
[] Special model for spines (projectile, and impact)
[] Special sound effects for spines
[] Voice sounds (this time, I can give him a custom voice)

You may have noticed some changes to this Page

NOTICE: All versions prior to 9.5 are obsolete due to the new editor! And version 9.5 is best used with Wings of Liberty, bu it'll still work with Heart of the Swarm! (Not sure about Legacy of the Void, though.)