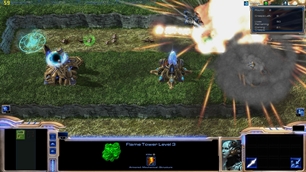 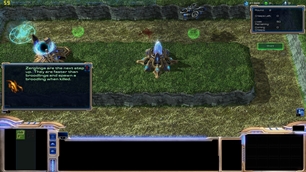 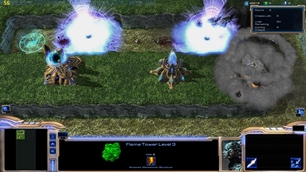 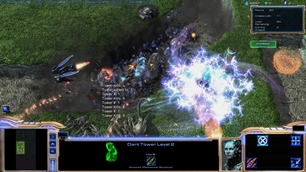 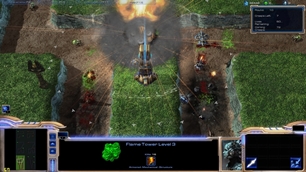 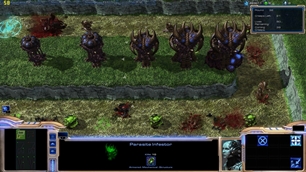 50 waves of 14 different kinds of creeps and 11 unique towers with multiple upgrades along with 2 emergency drop units for those creeps that sneak by.

Anyone who enjoys this mod I would encourage to go to www.NinjaKiwi.com and play their Tower Defense games.

Disclaimer: I have no affiliation with NinjaKiwi.com or with their products. Just a fan.

Please report all bugs or balance issues/suggestions to endertargaryen@yahoo.com or leave a comment here.

What makes this TD Unique? There are so many!

-Towers aren't all vanilla, meaning they don't each have a standard weapon that fires at a creep. There are:

So I created this mod back in 2010, it's now 2013 and it is still fighting for 9th place in the Tower Defense category out of roughly 80 TD mods; so it's still kicking hard after all this time. A lot has changed since I was modding (arcade? what the hell?) so I've been trying to keep up.

I introduce to you a new tower (and the last): NetherGate Tower. It warps aliens from other planets to fight the creeps for you.

The unique thing about this tower is the warp-in is random and limited to 3. So if you have a level 3 tower, you have a 1/3rd chance of getting a Zealot, Hellion, or Dark Templar. But a Level 4 will chop the Zealot (close the gate to that planet) and open the portal to the Archon's nebula. Works the same way for level 5.

Have fun with it, let me know what you think in the comments.

So I've played a total of 4 times online now and have noticed quite a trend; people are not using the drops, among other things. Here's a list of some quick strategies that I've found (if you have some please post them and I'll add them here):

Thanks to D-Tran for pointing out these issues. I encourage fans to post suggestions or send emails if there is some way to improve the mod.

Let me know how the balance works out for round 50 and the endless round.

Big thanks to Stephan who sent me the replay of this occurring.

-Flying creeps getting caught in corners (if this is still happening, please report level, player #, and section of map if you can)