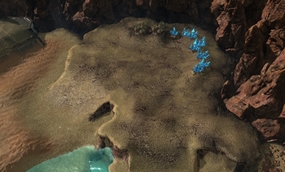 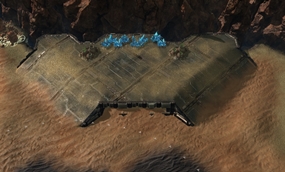 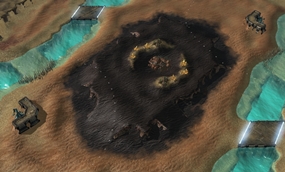 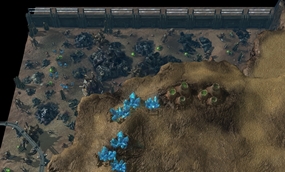 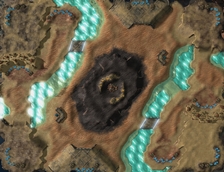 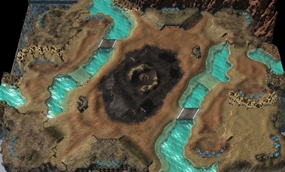 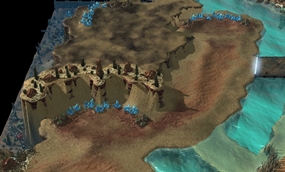 A long time ago this world was a florishing and important colony of the Terran forces. It was a major point for the transition of weapons and other war material until the Zerg invaded the planet. They wiped over the whole world in only a few days and left no survivers. The Terran had to evacuate and leave the planet to the swarm.

Many years later the Zerg have weakend their focus on that colony and moved along with the biggest part of their forces to conquer new worlds. This didn't stay undiscovered by the Terran and so they are trying to torn their old colony off the vicious grasp of the swarm. The Terrans however are not the only ones eager to get into control of the planet..