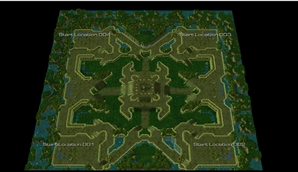 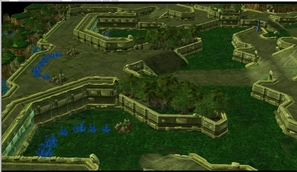 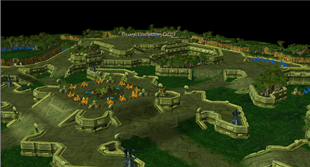 Once an rich Protoss city, but now abandoned and left in ruins after the first zerg swarm many years ago. The abandoned city has come in interest yet again now that the protoss lost theire capital city. But due to its rich resources and its beautiful enviorment it has gain increasing interest from the Zerg and the Terran Dominion. So its about to become a epic battleground. Troops will once again clash in the narrow corridors of the city. The battle is about to begin who will win is for you to decide!

Forgotten City is an medium sized 1v1 map. With room to expand. Allot of tight corridors and ramps to overlook and surprise your opponents. An gold mineral in the middle as a reward for ultimate map control. And each time a difirent experience due to the random spawn's.