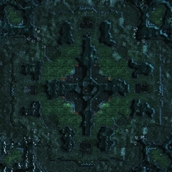 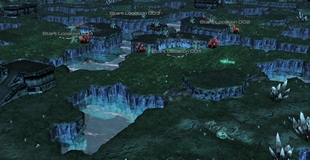 HoseRunter! is a four player melee map with some special thoughts in mind:
– The starting points are all in the middle of the map.
– No main-base ramps, but two choke points with two additional blocked chokes to prevent the typical Sc2 blocking gameplay.
– Only eight expansions in the map, making even minerals more valuable than in (most) Sc2 maps.
– The nearby expansions are for no specific players which may lead to early expansion battles.
– Xel'Naga watch towers in the middle, which may give an insight into the hostile bases if controlled.

Btw: Hose Runter! means Pants down! in German… just could not think of a appropriate name for my first melee map.