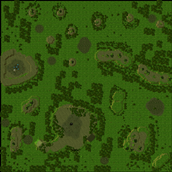 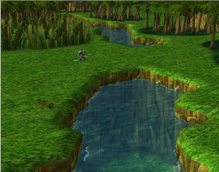 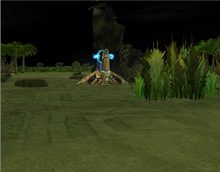 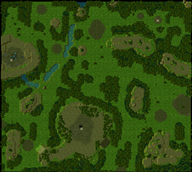 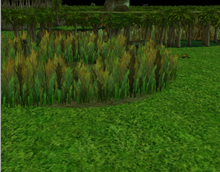 Hunters vs Farmers is a test of survival and teamwork. As Hunters(dark templars) you must suppress your enemy, the farmers, and survive until the end.
As a farmer(zergling) you must rise up against your suppressors and defeat them to claim victory. As a hunter use your abilities to seek and trap the farmers and use your resources to buy mercenaries to help you kill the farmers. As farmers gain income through larva and build defenses to protect you while you build up your army.

If you die as a hunter you will be re-spawned as an immortal, being much weaker than before, but able to still help search for the farmers and if one dies as a farmer they will be re-spawned in a random spawn point around the map, but beware dying means you lose your buildings and units.

-As a dark templar use your abilities to help you hunt down and capture the farmers:

Observer Pylon: Creates an observer pylon which grants sight to the nearby area.

-Every kill you get grants you 40 minerals of bounty.

-Use your minerals at the Mercenary Camp to purchase units to help in your pursuit.

-When you die you will repsawn as a weaker unit( an immortal) so that you may continue to help your teammates.

-If no Dark Templars live before the end of 30 minutes the farmers win.

-You are able to bulid structures in order to kill the hunters.

Larva Spawner: Spawns a larva every 20 seconds with a maximum of 5 per spawner.

Tavern: Allows you to build military units to kill hunters.

-Every lava grants you 2 income per 30 seconds

-Band together with other farmers to defeat the hunters.

-When you die you will lose ALL your buildings and units so try to stay alive, but you will respawn in a designated random location.

-If you kill the hunters before the end of 30 minutes you win.

-Fixed mercenary camps so only hunters may use

-Changed some of the terrain

-Trees are no longer massive

-Given vision of start location and other mercenary camps

-Now when hunters attack they will immediately target the nearest enemy, this is to help hunters that are trying to attack in trees

-Medivacs can no longer pick up farmers

-All farmers now automatically start off with 10 income/30 seconds

-Added Leaderboard which displays kills, player name and if the player is still playing

-Trees now cause LOS as they should

-Units are now removed when a player leaves

-Now have access to a builder which can build towers