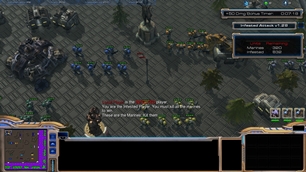 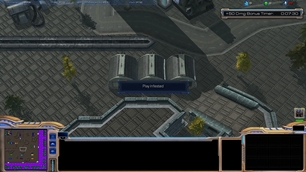 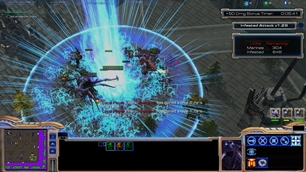 This is a remake of Zombie Attack by Nerion from Warcraft III.
10 players command a group of marines in the city and need to kill all infested units to win. Marines use hit-and-run tactics.
1 player commands infested units and needs to kill all the marines to win. Infested Units can burrow and move.
Each marine unit that dies becomes an infested unit.

Marines were sent to investigate a ghost city on Korhal. Suddenly, they were trapped by the dead who came back as infested units. Now, the marines must survive the onslaught.

Will the Marines escape or will they become infested as well?