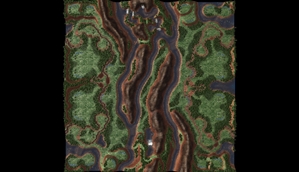 Rumble on the Jungle Moon 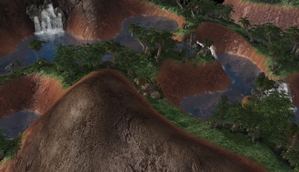 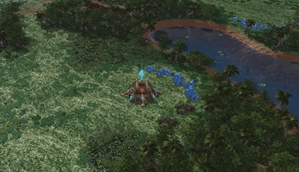 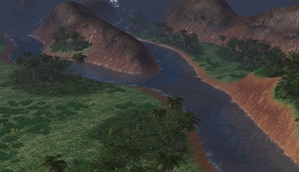 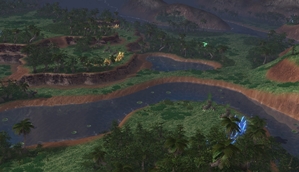 A large melee map mainly designed for player vs AI games. The map is set up for a maximum of 4v4 combat. The map has a potential for a prolonged defensive campaign as it features a large corridor in the middle with a defensive point for each team. Each defensive point features a Xel'Naga watchtower. If this point is defended, the opposing team will need to mass a large enough army to break the defensive line or navigate through the mountians to get behind the defensive line and attack the opposing bases. There are two small "backdoor" paths that can be used to bypass the corridor but are easily defended by the opposing team. These paths are intially blocked by destructable rocks. The map features abundant resources which ensures an epic game and can also result in a defensive turtle. To avoid a turtle, each team will need to devise offensive tactics to get behind the defensive line and destroy the opposing bases.