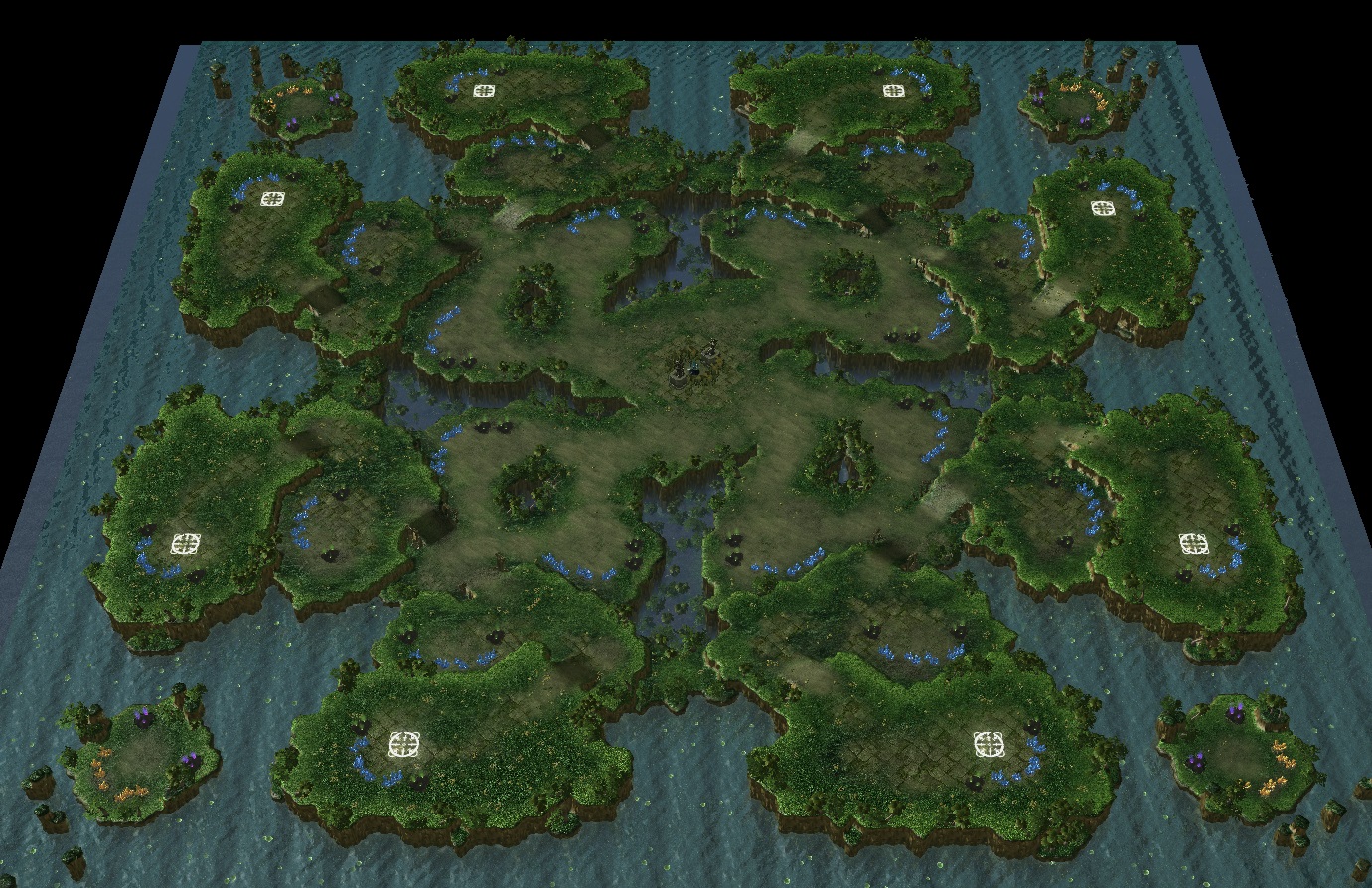 Description: Coordinate with your teammate who starts nearby by taking over the choke points around the map. A central Xel'Naga Tower overlooks the attack paths.
WA-version edit: Enlarged map and added new highground spawn locations. The original main is now the natural.

Idea: I always enjoyed Tempest as a map because of the setting on Bel'Shir. However because it being a WoL created map, it felt quite small for an 8-player map and so I enlarged it with new spawn locations and effectively generating a 3-base layout for all players.

The map can be played as 8-player skirmish and teamgames ranging between 2 to 4 teams.