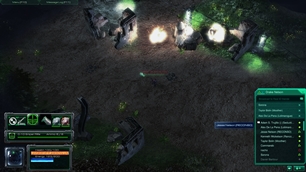 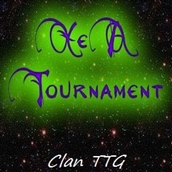 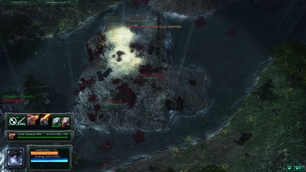 Firstly, I must state that I am Aphotic #316. Stealthsam is my WoW rogues name, I had already made a Curse account in the past.
Feel free to contact me concerning that I am truly the creator or anything about the map at any time. I'm online often and I'm friendly 😀

About XeA Tournament: When making a map on Sc2, I really wanted to make a shooter. But I didn't want to make another bad third person shooter or a first person shooter. My goal in making maps on the editor is to keep to the RTS 'Style'. I feel that it is a little dumb to make a game like Call of Duty but worse when everyone already owns Call of Duty. People play RTS custom maps because they like the RTS 'Feel'.
So my game is a Sky Camera type shooter.

Assault – The Assault Infantry is major requirement to winning a round with your team. The assault unit is the fastest shooter on the game, making him vital for taking out those quick foes as they try to juke out your teammates.

Recon – The Recon Infantry has the longest range and the fastest bullet. If accurately placed, it is nearly impossible to even react to the bullet coming the enemies way. With a majorly 1 shot 1 kill aspect, the Recon is a great unit to have in the back.

Support – The Support Infantry is a great unit for going in and taking the damage for the team.

Medic – The Medic Infantry is mostly a must have unit for the team. With his ability to fire Bio-Regenative Psi, he can really make a player be able to take a harsh beating.