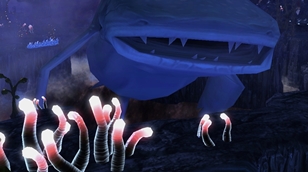 Struggle for the Depths

As a mercenary in need cash, you find yourself considering work from stranger and stranger people. You have been approached by the oddest creatures you've ever seen, representing what appears to be three seperate and rival factions.
Firstly, a sect of snake-like leviathans who call themselves "Naga," then a group of odd miss-matched beings in a strange alliance of their own, consisting of "Gilblins, Kvaldir, and Murlocs" and third and possibly the most frightening; a dark and questionable bunch of fiends whom you can only remember as "children of the Old Gods," the words "Gods" being burnt into your mind by a searing and angry presence.

All three factions require basically the same task to be completed: Journey to a far off and removed planet lightyears from the Koprulu sector known as Azeroth. When there, find and locate a large whirlpool and make your way to the bottom of the ocean. Set up your base, and force the other two factions from the area. In return, a fair sum of money and upgrades to your forces courtesy of your new allies. Blood and tissue samples to evolve Zerg forces for underwater survival, heavy armor upgrades with life support systems suitable for Terran, and strange but surely ancient technology to assist Protoss in moving through water as if it wasn't there. Some of your units may change in drastic ways with this technology applied to them.
You've noticed other mercenaries considering helping the other factions, so you're sure you're in for a battle with other Protoss, Terran and Zerg.

Who will you chose to ally with? You cannot possibly help all three factions with the same goal. You will have to make a wise decision if you want the rewards, and more importantly, if you want to survive the task.

Select your faction from the selection screen which will play as soon as the map starts. Your allies can be accessed from a special building on
the basic tab of your worker unit's build page.
These buildies are the Allies' Nest (Zerg), Allies' Beacon (Protoss), and Allies' Compound (Terran) 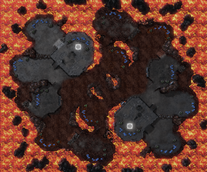 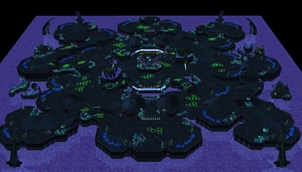 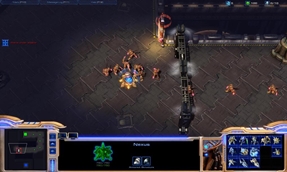